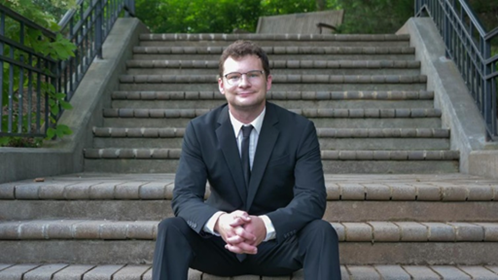 Pianist Connor Austell received his musical education at the University of Michigan and at Grand Valley State University under the tutelage of Arthur Greene, Sookkyung Cho, and Giuseppe Lupis. He studied chamber music with Katherine Collier, Helen Marlais, and Pablo Mahave-Veglia, and has participated in masterclasses with world-class artists such as Jonathan Biss and Martin Katz. Connor is currently a doctoral candidate at the University of Georgia, Athens, where he studies piano with David Fung and teaches courses in music theory.

This concert series is a collaboration between the South Haven Scott Club and Foundry Hall, and is made possible in part by generous grant funding from The Greater South Haven Area Community Foundation and Entergy Palisades Power Plant.