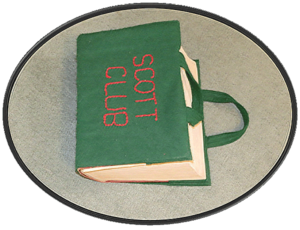 The South Haven Scott Club traces its origins to 1883, when pioneer women Lucy Carnes and Lucy Rogers organized a group of friends to expand their horizons through the study of literature, other countries and cultures. Books were read aloud and discussed and a dictionary was brought to each meeting to facilitate learning new words. Emma Avery found it cumbersome to carry a huge dictionary to each meeting, so she designed a green sling with two handles and embroidered “Scott Club” on it because they were reading the works of Sir Walter Scott. Thus, the organization was named and this book and sling remain on display at the Scott Club building today.

The Scott Club has a rich history and has operated continuously since 1883. In preparation for entering into property and building arrangements with two literary organizations (see “Scott Club Building” section), 41 women signed Articles of Association in 1892 with the corporate name South Haven Scott Club and purpose being Intellectual, scientific and liberal culture. The Scott Club has operated continuously through the Spanish flu epidemic and the wars, continuing book discussions, musicals, debates and supporting the Red Cross. State of Michigan incorporation papers were signed and filed in 1981. They were amended in 1993 to align with 501 (c) (3) requirements and confirmed by the IRS in April 1994. Although the 100 persons membership is predominately female, the Scott Club has welcomed men as members and active participants for the past several years.

Since prior to April, 1892, bimonthly programs have been held on the 1st and 3rd Tuesdays from the 3rd Tuesday in September through the 1st Tuesday in June at 1:00 p.m. With the new air-conditioning installed in October 2021, programming is now offered year-round. 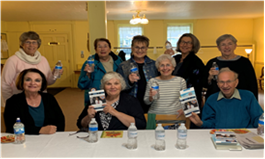 The Scott Club has advanced its literary offerings by being a participant in Michigan Humanities Great Michigan Read since 2019, which involves offering books and programming related to the current selection.

To expand arts programming and serve a more diverse audience, a Scott Club Concert Series was established in 2019 in partnership with Foundry Hall, a local music and arts non-profit. 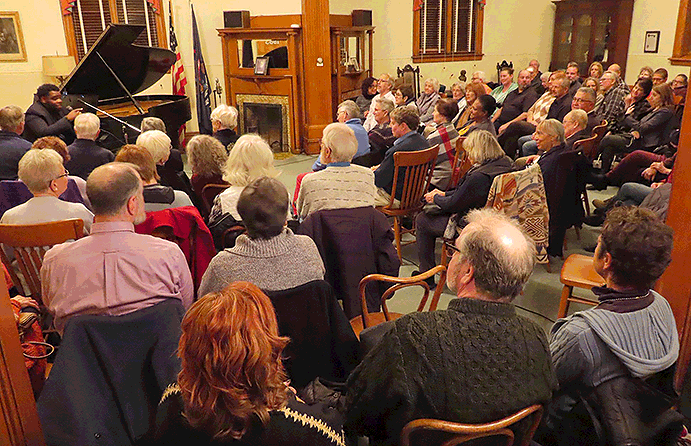 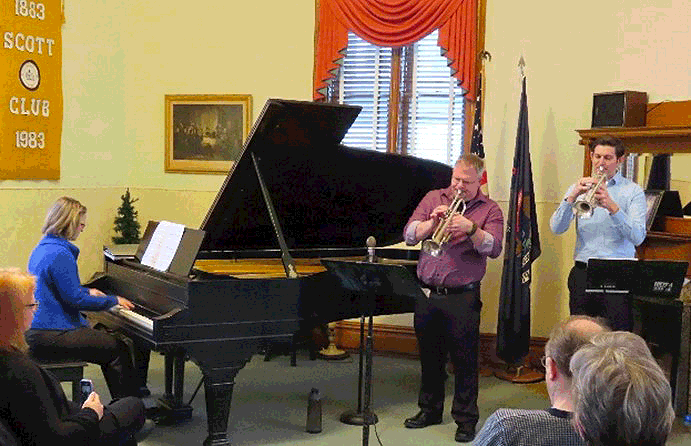 The series consists of 3 free concerts each season, featuring a pianist on the Everett concert grand piano and often accompanying musicians. 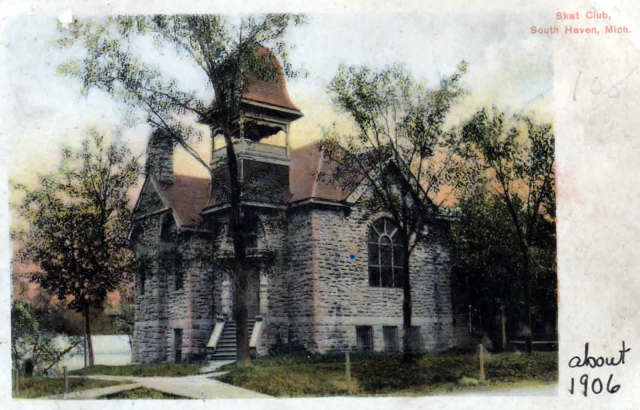 The Scott Club building is important because it is integral to the mission of providing a center for the advancement of culture and the arts as well as because it is a Michigan Historic Site, important to the history of South Haven. In May, 1892 the Scott Club purchased 1/3 interest in a lot owned by the Antiquarian Society and the Literary and Library Association. Those organizations invited the women of Scott Club to join them in construction of a Literary Hall in1892 for the use of the three organizations. The building was designed by John Cornelius Randall, who designed many elegant homes in South Haven. It was built of Indiana sandstone, in Queen Anne architecture style with a Moorish dome. 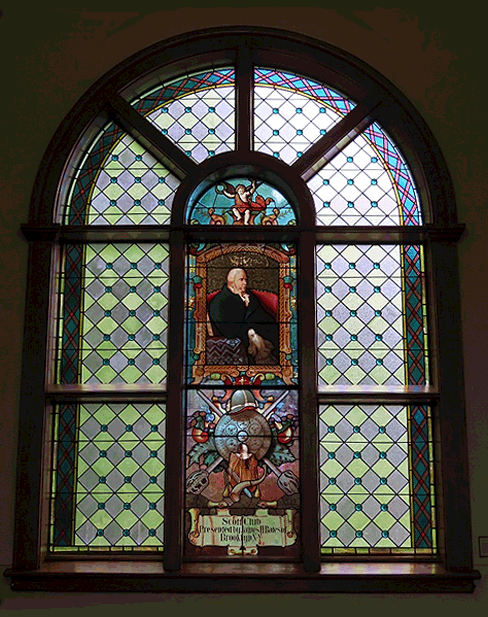 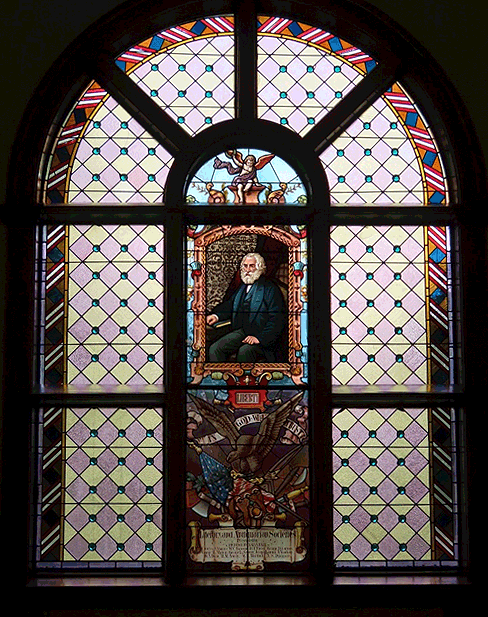 The stained-glass windows were gifts and in a nod to the literary focus of the three organizations depict Sir Walter Scott, Scottish historical novelist, poet, playwright and historian and Henry Wadsworth Longfellow, American poet and educator. The Sir Walter Scott window on the west wall was a gift from Edward Hale Bates of New York. The Henry Wadsworth Longfellow window on the east wall was given by local, early residents of South Haven whose names appear there. The central panels of the windows were constructed in Innsbruck, Austria for a total of $300, including shipping. The golden oak interior is original to the building and two fireplaces with hand-carved scroll work and wreaths still have their original bas-relief tiles.

In February and April of 1900, SHSC bought the building interests of the other two organizations, who had experienced a decline in membership, and SHSC assumed the sole ownership of the building. Over the years various improvements have been made to the building including addition of water, electricity and a coal furnace in the early years and later a bathroom and prep kitchen. Audio-visual equipment was added in 2015 to feed both video and sound from programs presented on the upper floor to the flat screen in the lower level to accommodate anyone mobility impaired. Microphones allow dialogue between the speaker and audience on the lower level. This function is regularly used by 3-5 attendees per program. A multi-year facilities plan includes enlarging and renovating the bathroom to make it wheelchair accessible in late 2022-2023 to further improve accessibility to programs by the largely senior audience.